Skip to content
I haven’t posted much this month.
Moe had his second Popliteal Bypass surgery, this one in
his right leg.
The aneurysm in his right leg was found at the
same time they found the one in his left leg
back in November.
They had to wait until he was more or less recovered from the
first major surgery before doing the second one.
Surgery was on March 13th and Moe was in the hospital
for 10 days. Came home from the hospital on the 22nd.
This one was a little more difficult and has taken him a little longer to
bounce back.  Not easy having two major surgeries within
four months of each other.
Not much of an appetite initially, but it has
started to improve.
Initially he was happy with just soup and something light. 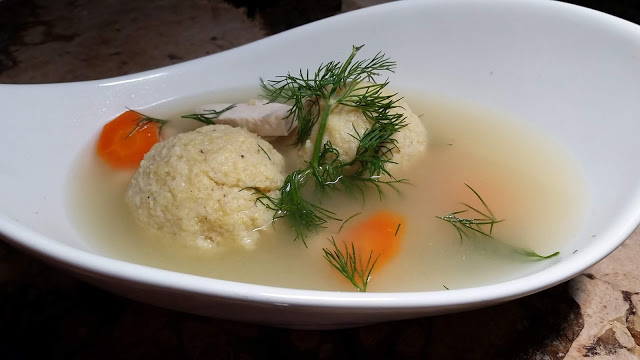 And I made Stracciatella soup a couple of times.
Including this version with little meatballs made from ground turkey breast
and seasoned with garlic and fresh basil.
Halibut season opened while he was in the hospital
so  I’ve been tempting him with halibut a couple of
different ways.

Pan seared and finished in a hot oven.
Served over couscous with a tomato kalamata olive salsa with garlic and basil .