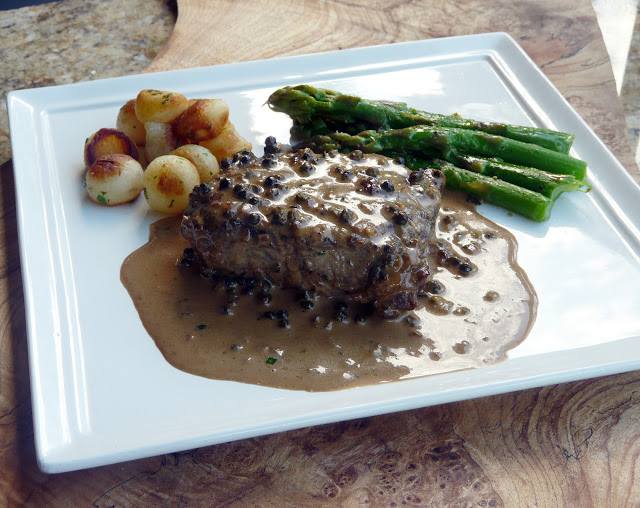 I love green peppercorns.
I use them often in sauces for chicken, beef and pork.

Peppercorn steak has always been a favourite.
And it is a relatively easy dinner to put together, so perfect on a work night. 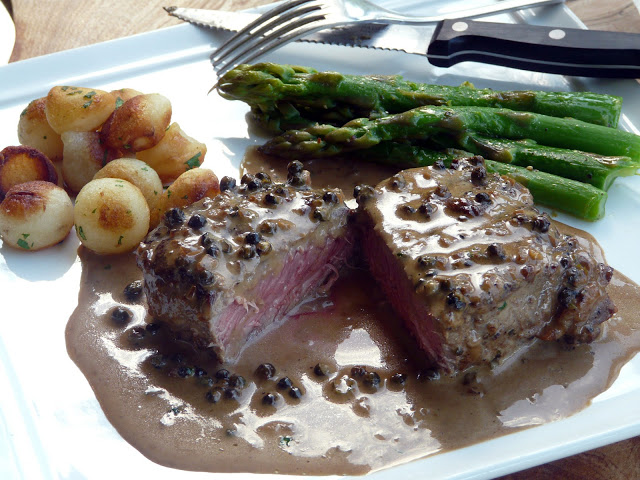 As soon as I got home from work, I seasoned the steaks.
(Rib Eyes)
Just salt and pepper.
Brought a cup of beef broth to a boil, added the dried green peppercorns, and then set aside to allow the peppercorns to soften.
Next I used a melon baller to carve out potato balls from two small russet potatoes.
For the Parisienne potatoes.
Rinsed and dried  the potatoes well and
then browned them in olive oil over medium high heat.
Once the potatoes were browned, I turned down the heat and let them finish cooking.
Stirring occasionally.
When the potatoes were almost done,
it was time to brown the steaks.
Heated a cast iron skillet over high heat.
Added a little olive oil and butter and the steaks.
Seared and browned both sides well.
Removed the steaks,  turned down to medium and added a finely chopped shallot , a minced garlic clove, cooked for about 30 to 40 seconds, stirring , added the beef broth and peppercorns.  Simmered until reduced by about half.  Added a cup of cream and simmered until sauce thickened. 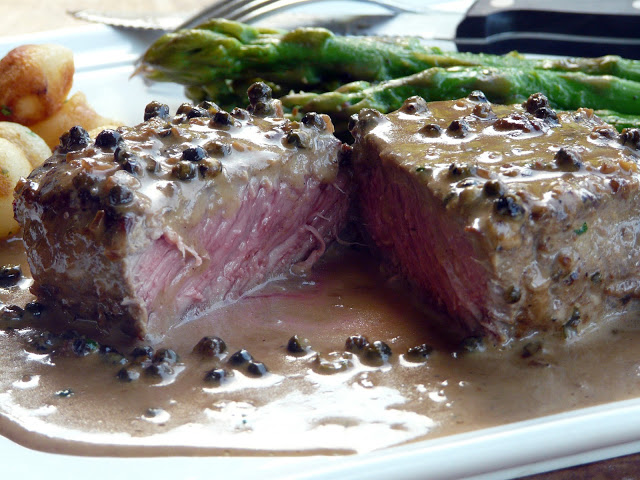 Returned the steaks  to the pan, and cooked just long enough to reheat the steaks.
Careful to not overcook.
Basted with peppercorn sauce and served with Parisienne Potatoes and fresh steamed asparagus.