Skip to content
From the cookbook
Flour Water Salt Yeast:
The Fundamentals of Artisan Bread and Pizza
By Ken Forkish 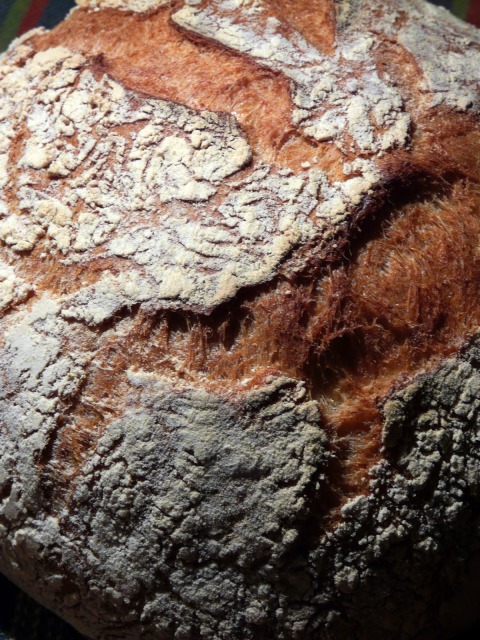 Inspired by Ralph Knauth from Hungry in San Francisco
I decided to bake something other than my favourite
baguette – The Saturday White Bread.
Rather than 100% White I did 90% white and 10% whole wheat.
I also increased the water from 720g to 800g.
During the first rise, the dough is folded and stretched twice.
Once after the first 10 minutes and again within the first hour. 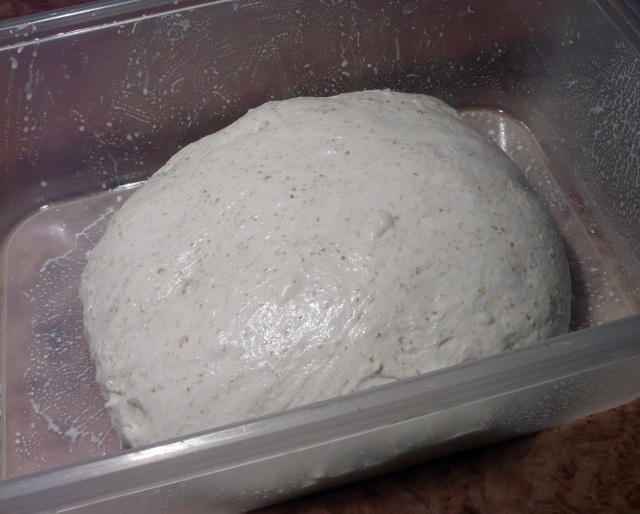 This is what it looked like after the second folding.

Left to rise again until triple in volume. 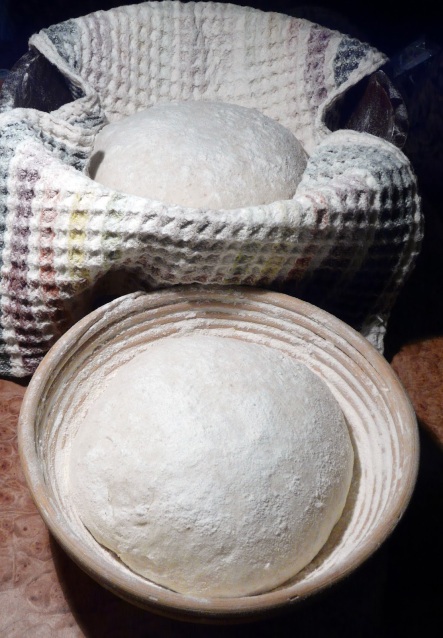 Divided into two parts, shaped and left to Proof.

The bread is baked in a Dutch Oven for 30 minutes covered
and then an additional 20 to 30 minutes uncovered until the crust is a medium to dark brown. 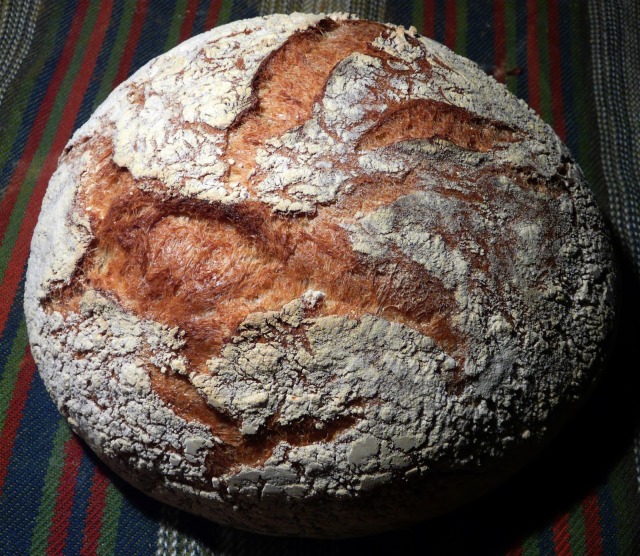 The loaves are not slashed before baking.
The loaves split naturally giving the loaves a more rustic look. 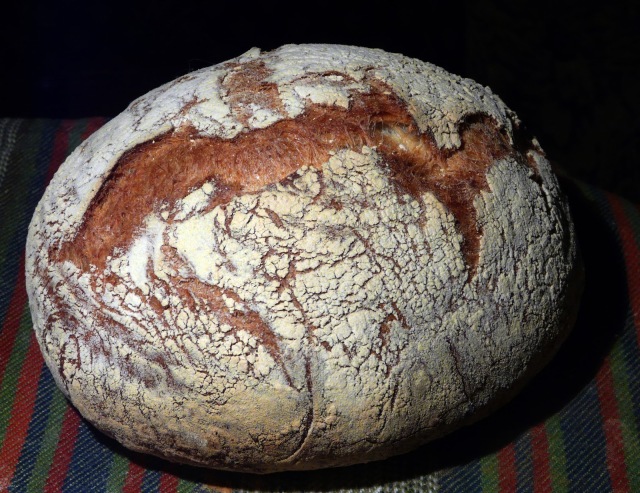 I haven’t added the recipe to my on line Cookbook yet,
but if you are interested in trying this recipe you can find it
here on the
Recipe Club Website.