Skip to content
I’ve started to save dough from one batch to use in the next.
Last Thursday I baked bread and pizza using dough that had been started the week before.

From that batch of dough, I saved half (about four cups worth) and
yesterday I added another four cups of flour, just a scant teaspoon of yeast, enough water to make a very wet dough (I never measure the water) and more salt.

The dough went into a dough pail and was placed in a cool area for a slow rise. 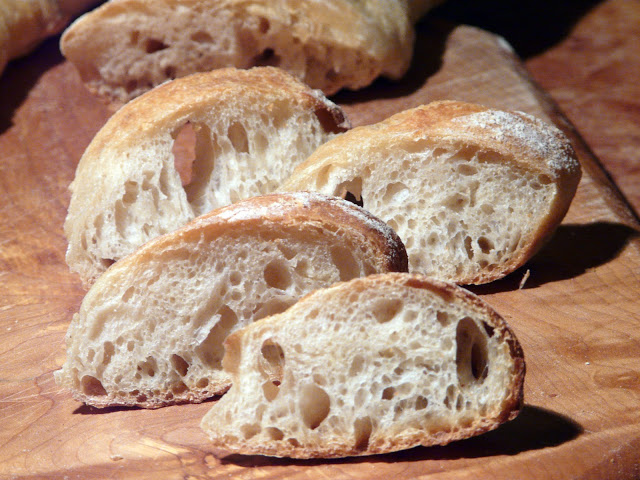 After the second rise, I used some of the dough to bake three baguettes
and the remaining dough is in the fridge
and will be used in another batch of bread between now and Thursday.
And I will save some for next weeks bread.
Made this way the bread has a more developed flavour and texture.

Makes the best toast.
(I like my toast well toasted) 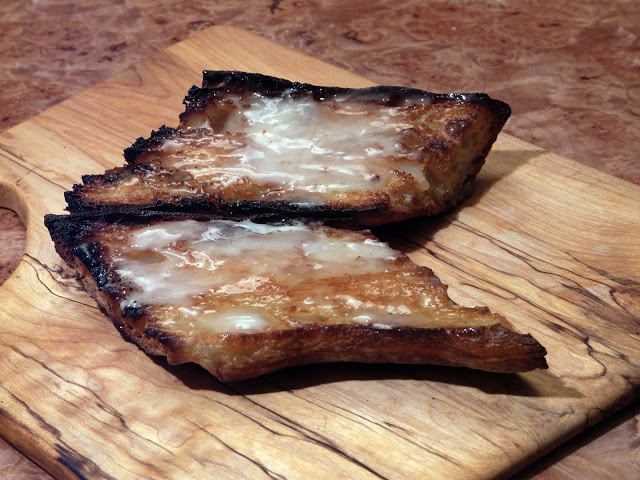 All the little holes, nooks and crannies to hold butter and honey.
Print Recipe