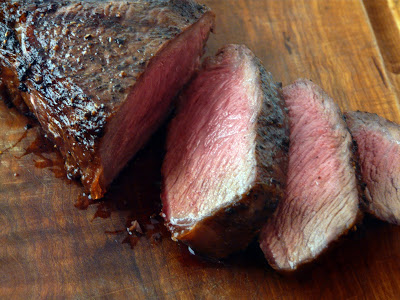 I had no idea what I wanted for dinner yesterday.   So I asked Moe would he would like and he requested steak.  Before leaving for work I pulled a big thick rib eye out of the freezer to defrost.  This was one of the steaks from the whole rib roast I posted about back in October.

The steak was grilled and served with roasted potato wedges and sauted rapani. 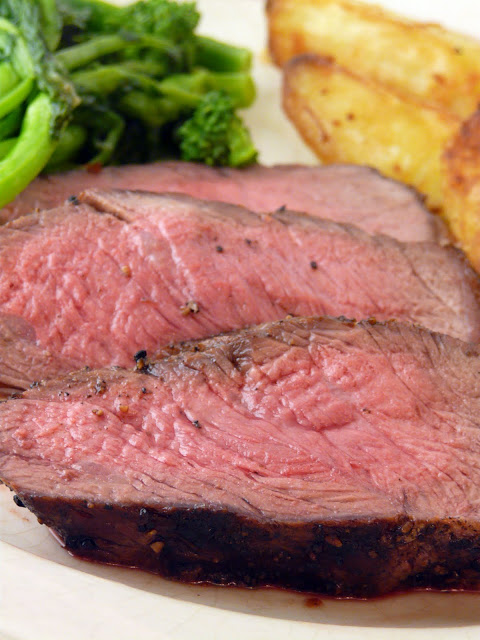 The potatoes (Russets) were peeled and cut into wedges and parboiled until the outer layer of the potato was cooked.   The potatoes were then drained and put back into the pot on the stove and shaken over low heat.  This roughs up the surface and makes for a nice crispy texture when the potatoes are roasted.   While the potatoes were simmering,  the cast iron skillet with a little olive oil was heated in a 425°F oven.  Once the potatoes were roughed up, they  went into the hot skillet, tossed to coat with the oil and into the oven for about 25 to 30 minutes.  Turning occasionally so that they browned evenly.