Skip to content
From earlier this month.
Started a batch of dough on Sunday night and baked
pizza and two loaves of bread Thursday night.

Boil some 1 inch cubed potatoes for three minutes.
Drain and add back to pan and shake over burner until potatoes are dry. (1 minute).
Heat some olive oil in a shallow roasting pan in a 400 – 450° oven
And when hot add the potatoes.
Shake to coat in oil and add 5 or 6 whole peeled garlic cloves.
Return pan to the oven and roast until golden brown. Shake occasionally.
Season with oregano, a squeezed lemon and salt and pepper.

(Frying works well too.  Fry the cubes or slices. Remove from oil, toss with one or two minced garlic cloves, season with salt, pepper and oregano and squeeze a lemon over the potatoes.  Toss and scatter over pizza)

Pizza Sauce
===========
After playing around with many different pizza sauces over the years this is the one that I  settled on as my favourite. It is an uncooked sauce with lots of flavour.

Puree tomatoes with the minced garlic. Grind the fennel seeds. Add the seeds and the oregano, basil, and the olive oil and mix together.

NOTE: I use a stick blender and blend all of these ingredients right in the can. 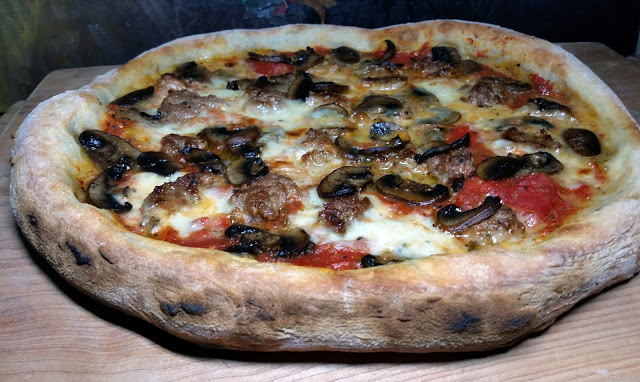 And an Italian Sausage and Mushroom for Moe and I
to share.
Sausage was homemade as well. 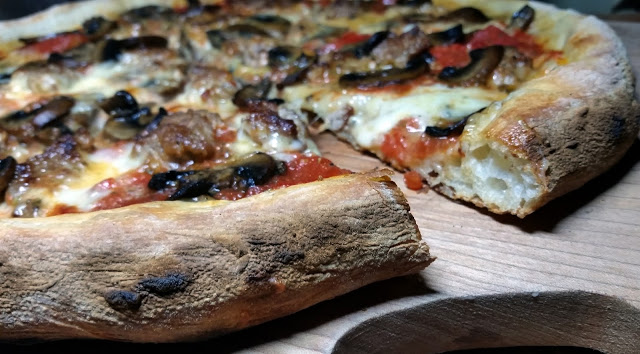 Love the crust from this dough. 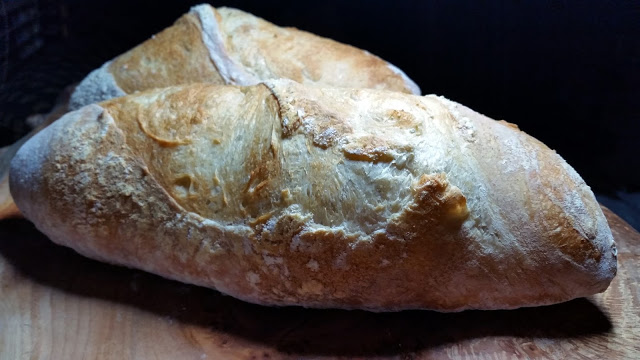 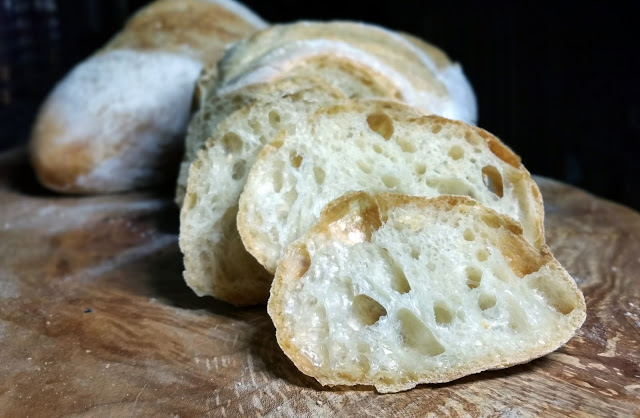 Lots of shine on the crumb for both bread and pizza.