Skip to content
Sunday for pizza night.
I decided Saturday  morning to feed my starter and make a biga before leaving for work.
Saturday night I used the biga in a batch of sourdough.  It was a 1000g batch that I divided in half and placed in two containers and they went into the fridge. One for pizza and the other I planned to bake as bread on Monday.
My son took the dough for the pizzas out of the fridge around 1:30 Sunday afternoon so it would have time to warm up and rise and be ready to use by the time I got home.
I baked three pizzas. 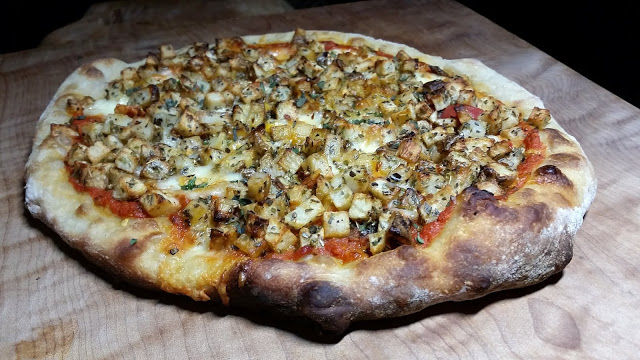 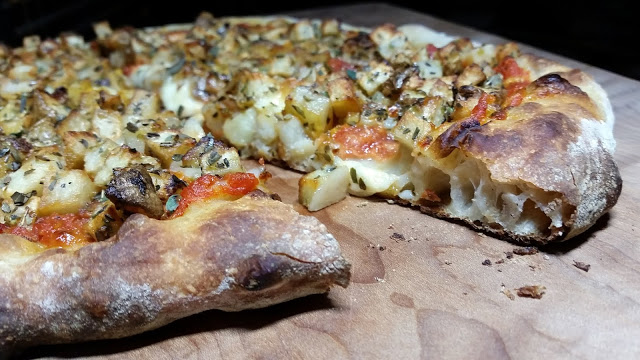 and an Italian Sausage and Mushroom pizza

were both cooked on the stone on the grill. 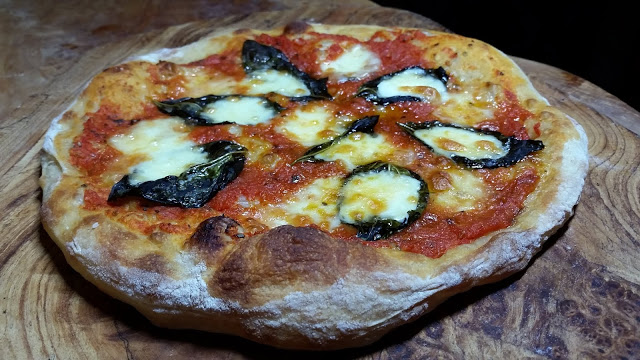 And the third, a Margherita baked on a stone in an Oster French Door convection oven. 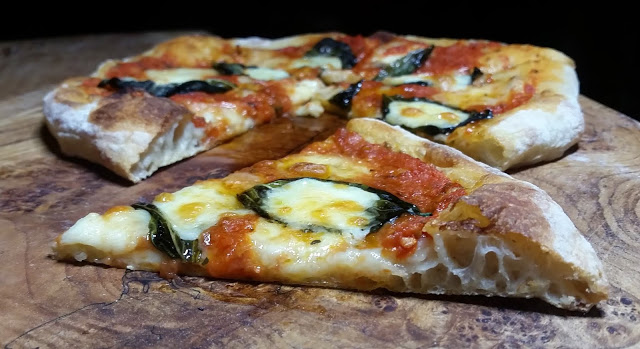 It was baked on the top shelf and finished under the broiler.
This is the first time I have baked a pizza in this little oven.
I was pleasantly surprised.