Skip to content
I know I have raved about the  Cuisinart Steam Oven which I love.

I have used it almost exclusively since November, except
when I needed the larger oven to do a ham, or a larger casserole dish.
I hate the oven in my stove. It takes forever to get up to temperature,
especially when I set it for 500°F.

So when I needed something bigger than the CSO,
I used a Waring Pro countertop oven  that I have had for almost 10 years.
It was the perfect size for roast chicken, small roast turkeys, hams, prime ribs, etc…
Unfortunately it died recently.

I checked with the folks on eGullet to see what they recommended
and found a thread on
the Breville Smart Oven vs an Oster French Door Convection toaster oven.

And after doing a little more homework decided to go with the Oster.
It helped that the Oster was on sale locally for $169,
which was at least $300 less than the Breville.

Although I didn’t expect to use it as much as the CSO,
I have found that I am using it more than I expected too.

The oven is huge.
This same cast iron pan just fits into the CSO.
Here there is room to spare. Also two racks with lots of headroom. 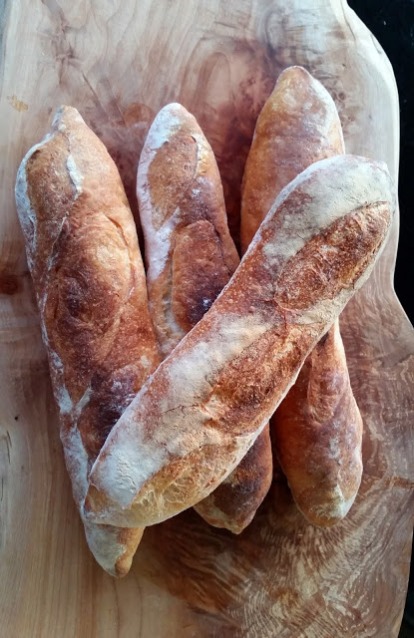 This oven is also large enough to hold
a 6 qt Dutch Oven, which I have 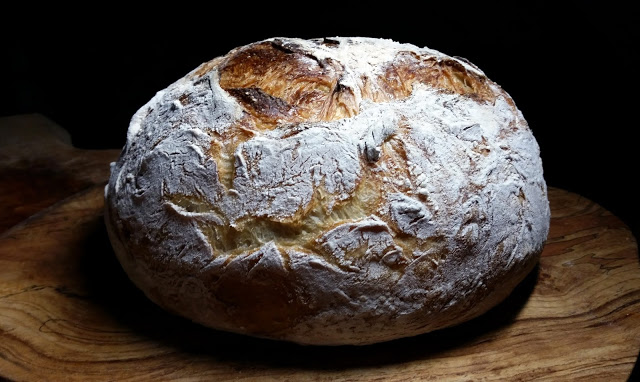 used to bake a large Boule.

It also holds my paella pan that I use for
roasting larger birds, like a recent duck.
This pan measures 16 1/2″ in diameter with handles.

I’ve been putting it through its paces and
so far it has passed with flying colours.

and was pleasantly surprised how the evenness of the bake.

and a large Yorkshire Pudding.

I haven’t found anything that it won’t do that it is suppose to.
But I would not recommend it as a toaster.
It does toast, eventually, but it is really slow.

We like our toast well toasted and though it

eventually got there,
it did take considerably longer than I’m prepared to wait.
For me the toasting feature isn’t an issue because the
Cuisinart Steam Oven toasts beautifully.
I haven’t tried the Dehydration setting yet, but
I have used the defrost setting and it really performed well.